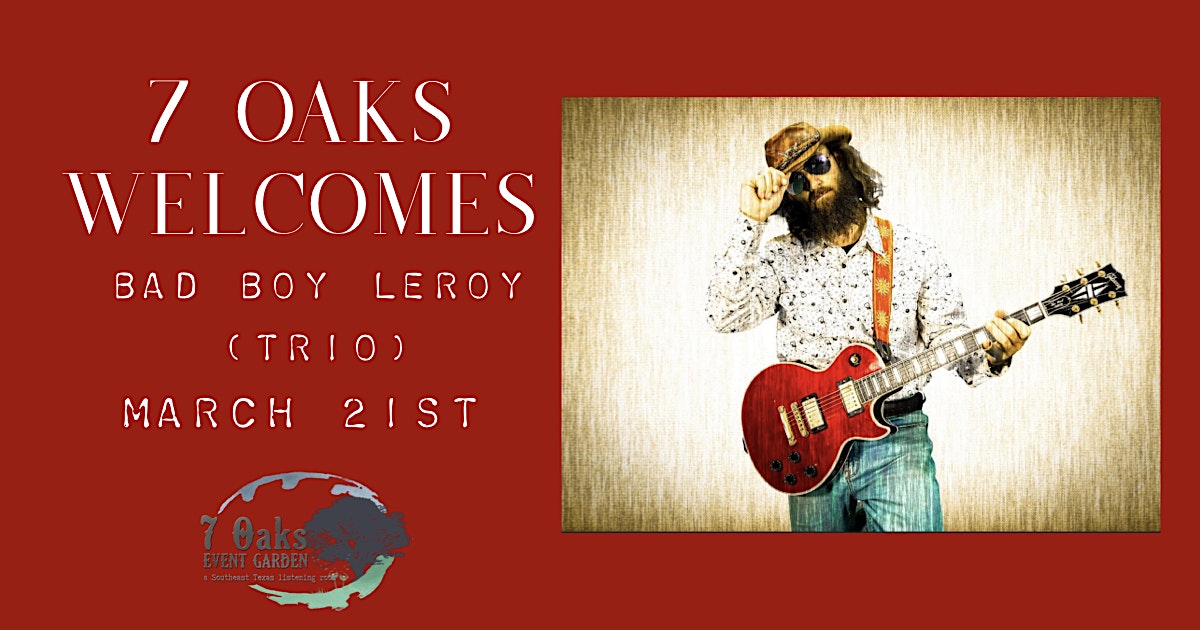 Bad Boy Leroy is a singer songwriter from San Augustine Texas. He is a father of 2 girls, Veteran of the United States Air Force, Self-taught musician that grew up listening to a variety of musicians and genres that have played an influential role in shaping his signature sound. In July 2022 Bad Boy Leroy became a lifetime member of the Texas Country Music Association. His influences include:

Now, as a well-respected Musician, he aims to offer something different and unique to his fans by creating and sharing original music.

For some, music is just a way to let out a little bit of energy, but for Bad Boy Leroy it’s so much more than that– it’s a way of life.