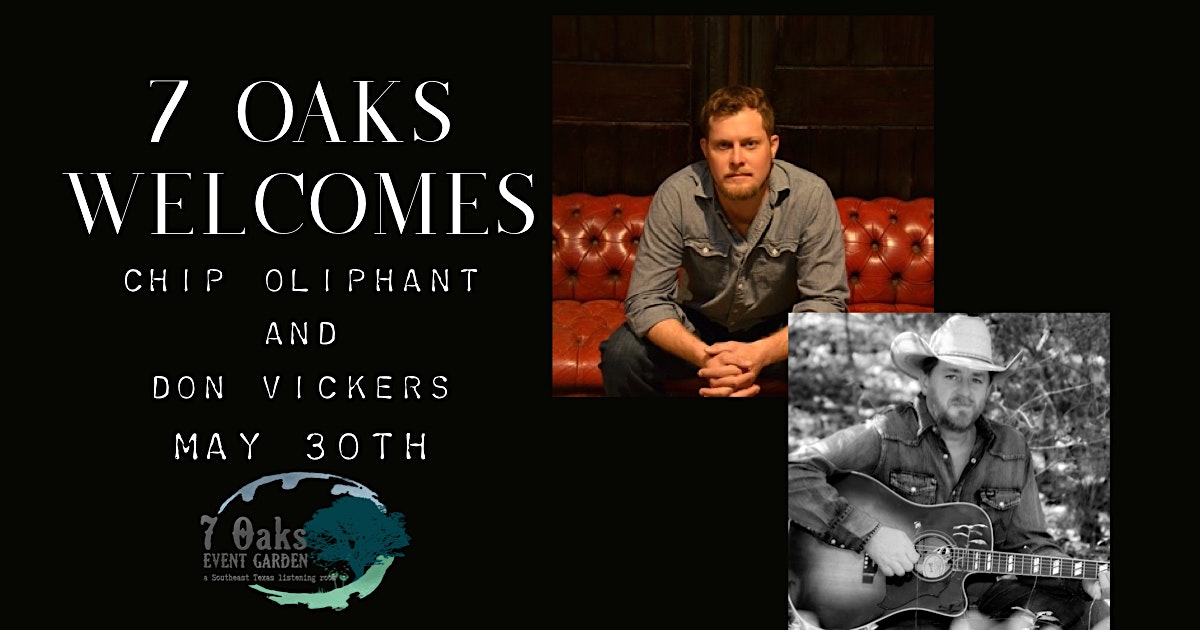 The Power of Music

Since the young age of 8 years old, Chip Oliphant began learning how to play guitar and sing songs. His passion and appreciation for the instrument and for singing became apparent immediately. Growing up in a musical family allowed him to be submerged in music every day of his youth. Some of his earliest influences were hearing his mom and dad play guitar and harmonize bluegrass-gospel songs together around the house and listening to his dad play classic songs by Willie Nelson, Merle Haggard, George Jones, Hank Williams Jr. and The Eagles. Also, his two older brothers helped enhance his musical taste diversely. His middle brother would teach him how to play Robert Earl Keen songs out of guitar songbooks and turned him on to other Texas songwriters such as Pat Green and Lyle Lovett. His oldest brother, a multi-instrumentalist, was constantly practicing saxophone and electric guitar back in those days, which influenced Chip in the big-band jazz and blues/rock genres. This led him to discover the music of guitarists like Stevie Ray Vaughan, BB King and Jimmy Hendrix. Needless to say, Chip Oliphant has had music in his blood since the day he was born and throughout his life, he has been molded, shaped and polished into an artist that blends a plethora of musical styles to create his own original niche sound.

Chip Oliphant’s LIVE shows have been described as diverse, fun and entertaining. Whether it be an intimate acoustic show or a full-band production, he pours his heart into every song and leaves it all on the stage 100% of the time. Considered to be a guitar aficionado amongst fellow musicians and peers. He prides himself on consistency, versatility and virtuosity of the instrument. Comfortable with numerous styles of guitar techniques and improvisational skills, from blues/rock solos, country chicken pickin’, colorful jazz and everything in between. His soulful vocal delivery of both original and cover songs keep the performance full of energy and conviction. While his spectrum of music ranges in upbeat-dance tunes, true-life inspired love songs, creative story-telling lyrics, funky grooves and “feel-good” melodies that are easily relatable to the audience.

Chip has had the pleasure of playing in multiple bands throughout his music career. Two particular bands that have held a special place in his journey are Hill Country Jane and Phineus Reb. Both bands have released singles and albums in years past. HCJ released the single, “Southern Sunday” off of their album “Homegrown” in 2014 which climbed the Texas Music Chart to number 47. The other band, PRB released a couple of singles from the album, “Stages: Phineus Reb’s Awakening” one of which, “Let it Be” gained national radio recognition in 2019. PRB was also featured on the television show, “Houston Life” and played LIVE on set at Channel 2 Studios. As well as being selected to play a concert for the Houston Astros/PGA tour collaborative event, “Houston Open” in 2019. Still to this day, Chip continues to work with each band and performs LIVE shows all over Texas and the U.S.A. at local bars and breweries, music venues, music festivals, fairs, rodeos, private and corporate events, etc. He has also had the honor to share the stage and meet some amazing artists such as, Clay Walker, Johnny Lee, Johnny Rodriguez, Roger Creager, Kevin Fowler, Glen Templeton, Bri Bagwell, Granger Smith, Brandon Rhyder, Rich O’ Toole, Bleu Edmondson, Sundance Head, Shooter Jennings, Mike Zito, Whiskey Myers, Bad Company, Mickey and the Motorcars, The Dirty River Boys, Two Tons of Steel, Statesboro Revue, LANCO and many more! The most contemporary highlight for Chip is the CD release of his debut solo album, “Chip Oliphant: The Big Band Project” (May, 2021). This album was produced, mixed and mastered by Chip Oliphant and Brian Thomas at Cottagewood Studios and it includes multiple Grammy award winning music contributors. All 12 songs presented on the album were written by Chip Oliphant with 2 songs being co-writes. A total of 19 incredibly talented musicians played on the record to assemble a quintessential unity of muse, hence the name, “The Big Band Project”.

Don Vickers was born in Houston, TX and grew up with music as a staple in his life; from his mother singing in the Houston Symphony Choir to honky tonkin’ down the road with his dad listening to Don Williams, Willie Nelson, Johnny Cash, and Jim Reeves. When DV was a teenager, he convinced his mother to buy him a guitar – so off to the pawn shop they went, where they bought a yellow Arbor guitar and a Gorilla amp. That was the beginning of his musical career. It is worth mentioning that he has also upgraded his equipment since!

DV, a naturally gifted vocalist and one of the hottest lead guitar players in the Houston area, has been the front man of The Misbehavin Band for just over a decade and has been packing in the house at dance halls and saloons such as Rowdy Bucks and the Texas Saloon and even holding and breaking attendance records. He complements his achievements by also stepping into the light as a solo artist and songwriter and has been influenced by great artists such as George Strait, Vince Gill, and Keith Urban. He has taken the stage at the Dirty Bay Beer Company for the “Keep’n it Country” The Songwriters Series with singer/songwriters: Byron Hill, who just celebrated the 30th Anniversary of George Strait’s first #1 … “Fool Hearted Memory”, Mickey and Jack Jones (aka: The Jones Boys) and Dustin Kelley. DV made his live radio debut December 2012 on TXRDR, the “Justin Frazell Radio Show”. His live performance showcased two singles from his “Halfway There” CD and was syndicated nationwide through more than twenty affiliated broadcasting stations.

DV began songwriting in 1999 with a dedication to his wife “Anything for You”; a beautiful song that has since been requested by brides and grooms in countless nuptials. Armed with a catalog of hits, DV is ready to show the world a talent that has been decades in the making. The “Halfway There” tour will showcase his newest CD and is expected to climb Texas music charts at an unprecedented rate.