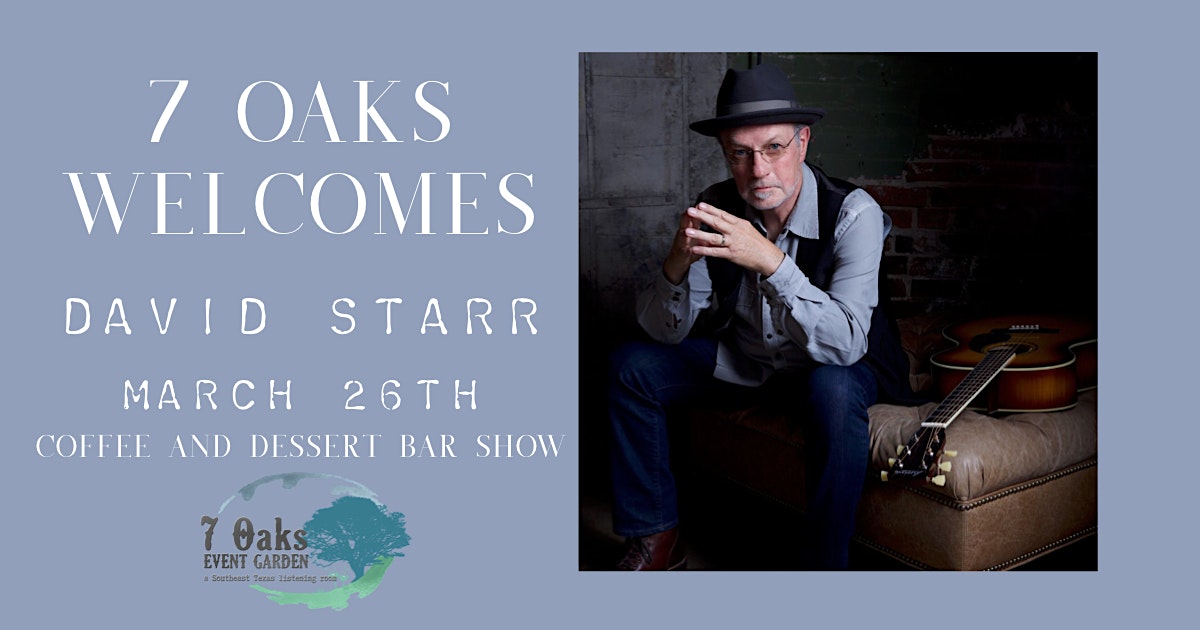 “A deeply romantic and yearning singer-songwriter, well-schooled in the attractions of classic American songwriting, in particular, the seventies heydays of California’s sun blistered troubadours.”

Colorado-based Americana artist David Starr is proud to announce Touchstones. The new project from Starr featured a new digital single release every month for one year. Favorites such as “Every Kind of People” (Robert Palmer), “Gotta Serve Somebody” (Bob Dylan), “These Days” (Jackson Browne), “Someone Like You” (Van Morrison), “I’ve Got To Use My Imagination” (Gladys Knight), “Angel From Montgomery” (John Prine), “Drive” (The Cars), “Cabo San Lucas,” “Magnolia” (J.J. Cale), “Statesboro Blues” (The Allman Brothers), “Feels Like Rain” (John Hiatt), and “One” (U2), are available across digital platforms now.

During a year where COVID-19 stopped the world in its tracks, Starr took time to reflect on and experience anew the music that shaped his own. Many of the songs he chose to record he describes as “musical comfort food”.

“Some of the songs I cover were lyrically inspiring,” explains Starr. “Some were songs I’d played in bands over the years. Some just felt good to sing and play. Others brought back fond memories or a kind of familiar melancholy.”

Touchstones was produced by David Starr and Mark Prentice, with co-production by David Kalmusky. All of the songs were recorded, mixed, and mastered at Addiction Sound Studios in Nashville by David Kalmusky along with Ethan Barrette and Alberto Sewald.

“We gotta heal and work together right now,” says Starr on the message behind the song. “This year has brought out the best and worst in us. Time to look hard in the mirror. It takes us all to make it work.”

Touchstones follows Starr’s acclaimed February 2020 record, Beauty and Ruin. Produced and arranged by John Oates, the collection of songs was inspired by Of What Was, Nothing Is Left, a novel written by Starr’s grandfather in 1972. “It is like watching a movie,” says Oates. “The cinematic aural landscape visually evokes a classic tale of tragedy, love gone wrong, and an exploration of human nature and all its flaws.” Beauty and Ruin and an updated edition of Of What Was, Nothing Is Left are available now at davidstarrmusic.com and across digital platforms.