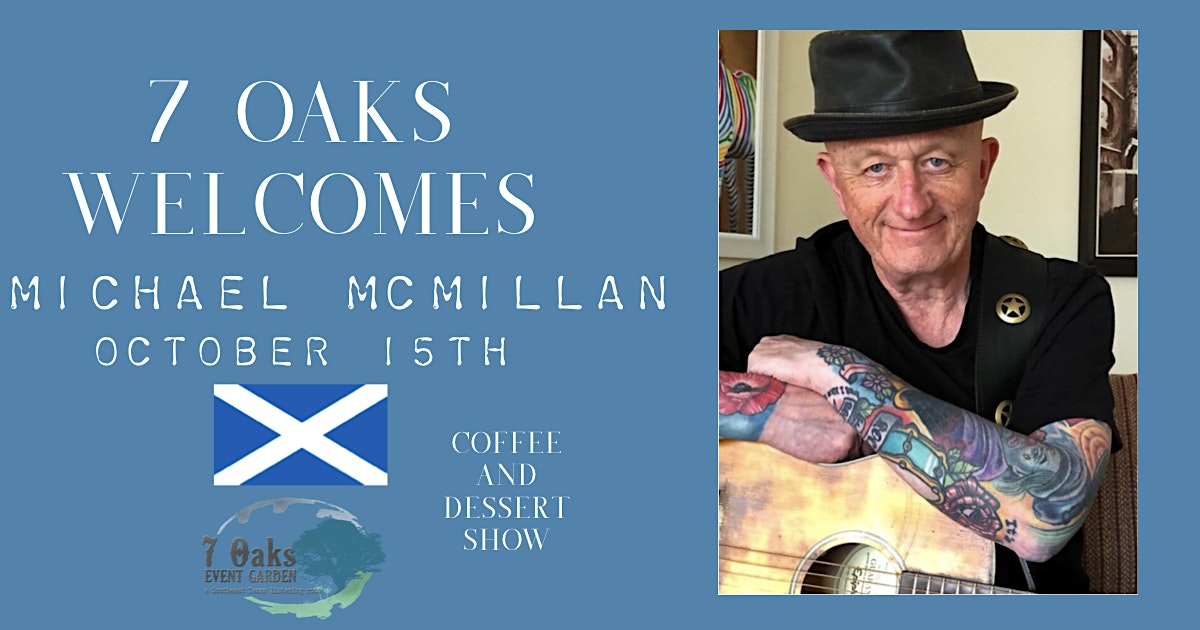 Michael McMillan is a Glasgow (Scotland) born Singer Songwriter with over 30 years experience playing his music all over the world including Brazil and the USA.

Michael started his musical journey at 13 by playing Bagpipes in a Pipe Band. He then learned to play drums. Michael ran away from home at the age of 16 to London and played with many famous and infamous musicians of that era.

Returning to his home town he started initially writing lyrics and then putting them to music. He has always been influenced by the great story tellers, initially UK bands such as the Beatles, The Rolling Stones, The Kinks and then the great American songwriters, Jackson Browne, Bruce Springsteen, Neil Young, Kris Kristofferson, James Taylor, Crosby Still and Nash, there are far too many to mention.

His work in the Music Business, as a Police Officer and an Addiction Counsellor has given him a wealth of material to write about. His Christian faith and values have helped him form the core of how he treats the world and the people in it.

Michael has played all over the world including Brazil, and he has travelled and played extensively in the USA, including San Francisco,New York, Nashville, Memphis, New Orleans, The Pensacola Beach Songwriters festival and at The Mandalay Bay Hotel Las Vegas at The Nashville Hit Songwriters Unplugged event. His album “Cross Country” was nominated for album of the year by UK Country Music Radio and one of the singles ‘Coming Home’ from his album “Missing Person” sat at number one for six consecutive weeks in the British/Irish Hotdisc Top Ten. A review of this album states “ Quite simply this is one of the best British original albums recorded this century. His songs are like individual movies that take the listener right there to that place and time.”

He has been compared to a “Scottish Neil Young or Bob Dylan”, Michael McMillan writes “real” stories about “real” people and “real” life, all beautifully related in the songs from his albums. His album “Whisky” has just been nominated for Scottish Album of The Year 2021.

Michael’s personality and Scottish humour make him a big hit with audiences all over the world. He has played and is comfortable playing to large crowds in concert halls, prisons, churches and intimate house concerts. Michael is now back touring on a regular basis in Texas and elsewhere and would welcome any opportunities to play in your home town or home for a house concert.