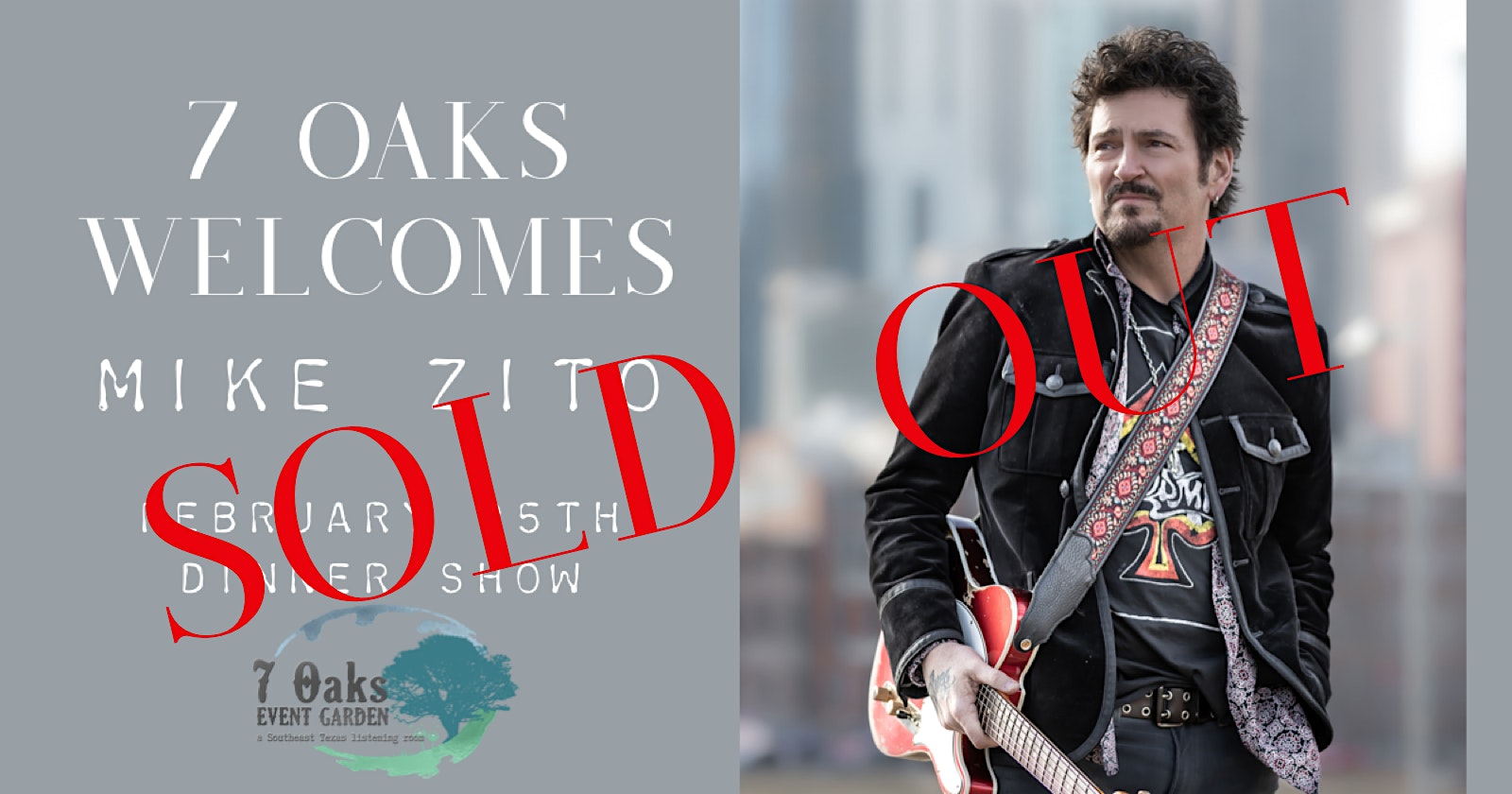 Powered by Eventbrite
7 Oaks Welcomes Mike Zito to the 7 Oaks stage to kick off our 6th Series!

Mike Zito is one of the most lauded artists in the contemporary blues arena today and rightfully so, but for him, the thing that counts the most is maintaining his honesty, authenticity and integrity. Those are the qualities that have steered Zito’s career since the beginning and continue to define every effort he’s offered since.

“I have nothing to hide; it seems my honesty is what people relate to most,” he once told Vintage Guitar magazine. “Anders (Osborne) told me early on, ‘If you don’t believe what you’re singing, you’ll never be a good singer.’ I try not to write fluff; I try to make every word count.”

Naturally, patience and perseverance have been Zito’s stock and trade since the beginning. He began playing guitar at the age of five, and by the time he reached his late teens, he was already a fixture on the local St. Louis music scene. He initially released his music independently and then signed with Eclecto Groove Records in 2008. “Pearl River,” the title track of his 2009 album for the label, won Song of the Year at the Blues Music Awards and marked his first collaboration with Cyril Neville, with whom he’d later work in the Royal Southern Brotherhood. A steady succession of critically acclaimed albums followed, culminating in 2011’s Greyhound, which was nominated for Best Rock Blues Album at that year’s Blue Music Awards ceremony in Memphis. Two years later, he signed with Ruf Records and released Gone to Texas, the story of how he gained his sobriety, offered an emotional homage to the state that left an indelible imprint on his entire life. It also marked the debut of his band, The Wheel.

From 2010 to 2014, Zito also played an integral role in the super group of sorts, Royal Southern Brotherhood. The group released two albums and a DVD, Songs from the Road – Live in Germany, winner of the year’s Blues Music Award for Best DVD. He also made his mark behind the boards by producing albums for Samantha Fish, Albert Castiglia, Ally Venable, Jeremiah Johnson, Jimmy Carpenter, and many others.

Meanwhile, the accolades kept coming. His album, Make Blues Not War, debuted on the Billboard Blues Album Chart at number one and garnered him recognition as the 2018 Rock Blues Artist of the Year at the Blues Music Awards. First Class Life followed suit, also entering the charts at number one. Alternate Root magazine insisted that “The First Class Life that Mike Zito titles his upcoming album can be heard in the sweet sound of Blue Soul rising like heat waves from his guitar and his vocal.” American Blues Scene said, “Mike Zito’s return to the blues is, in a word, triumphant!” No Depression declared, “Once again, Zito has delivered the goods, a first class package with no postage due.”

In 2019, Zito released a tribute album of fellow St. Louis native and rock ‘n’ roll legend, Chuck Berry, and featured an array of guest guitarists ranging from Joe Bonamassa, Walter Trout and Eric Gales, to Robben Ford, Luther Dickinson and Sonny Landreth, as well as Berry’s own grandson. Rock ’n Roll: A Tribute to Chuck Berry debuted on the Billboard Blues Album Chart at number 1 and remained on the chart for several weeks. Rock ’N Roll won the Blues Music Award for Blues Rock Album of the year and Mike also received the Blues Music Award for Blues Rock artist.

At about the same time, Mike Zito partnered with Guy Hale to form the new record label Gulf Coast Records. Gulf Coast Records is based in Nederland, TX with a focus on Regional Roots, Blues and Americana genres. The mutual passion of the founders is to lift up artists and help them get their music out to the world.

Quarantine Blues, was recorded during the heart of the coronavirus pandemic and served as a healing love letter to his fans around the world that heralded better days ahead if we’d all just stick together. In 2021, Mike released Resurrection on his record label Gulf Coast Records. The new disc was produced by the celebrated Grammy-winner David Z, best known for his long-standing work with Prince, and who has contributed to albums by Etta James, Billy Idol, BoDeans, Buddy Guy and John Mayall, among many others.

“I have songs in me and musical ideas all of the time,” volunteers Mike Zito about the new album’s genesis. “I write what I can, when I can and try to save it all for posterity. Some of the songs are just songs and they don’t always have meaning for me, and some of them become very personal. For me to sing songs and feel them with real emotion, they need to be somewhat personal. Even songs I did not write, I need to feel they explain a part of my thinking or how I am feeling about love, sex, life, death, the world…. Resurrection is an album of feelings, emotions, and is very personal. The title track is how I once almost lost my love, but it came back stronger than ever. I have had this song in me for years, but it only makes sense now to share it with the world. After the year we have had on planet Earth, I believe we all need a rebirth. This rebirth has given me an opportunity to be who I want to be musically and artistically.”

Resurrection was a critic and fan favorite and later won the Blues Music Award for the 2022 Blues Rock Album of the year.

In 2022, Zito released the double live album Blues for the Southside. Recorded on November 26, 2021, at the Old Rock House in St. Louis, Missouri, and produced by Mike Zito, Blues for the Southside showcases Zito (guitar, vocals) and his stellar band in full fury with special guests Tony Campanella, Dave Kalz and guitar wizard Eric Gales. After the release of Blues for the Southside, Zito joined forces with Gulf Coast Records label mate Albert Castiglia and created the Blood Brothers tour. 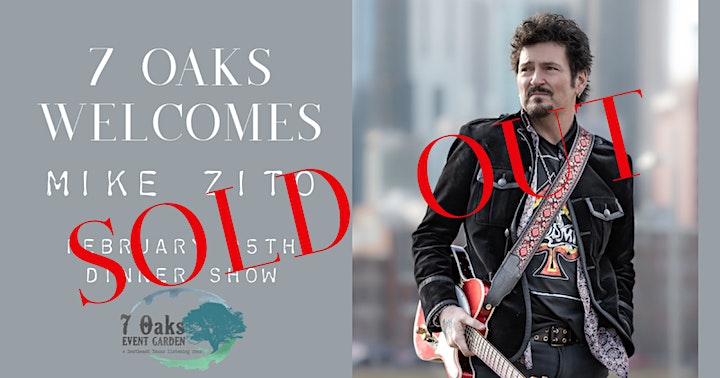