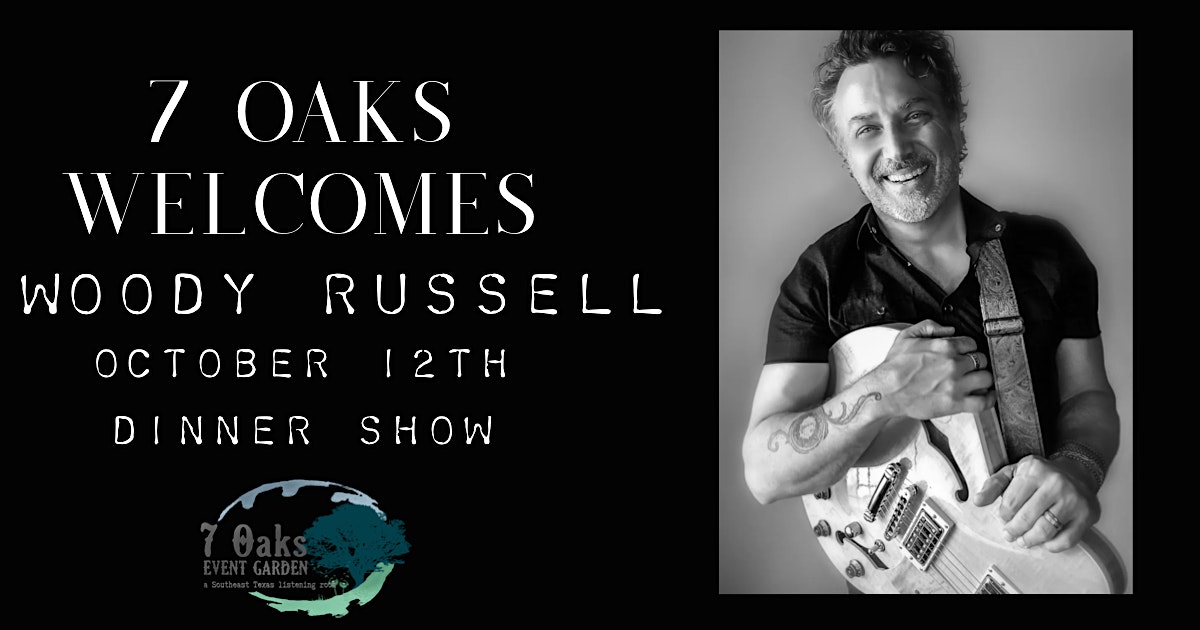 “I see in him this fierce desire to be original… and this guy’s music is very original.” – Michael Martin Murphey

A guitar-centric singer-songwriter with an unapologetic art-rock ethos. Vivid lyricism delivered in a baritone compared to that of Bowie’s crooner side intersecting with the emotive grit of Peter Gabriel or Van Morrison. And, though not intentionally retro-centric, an artisan distilling songcraft from the sophisticated warmth of vinyl album era singer-songwriters while mining elements of heady post-punk experimentation and jazz. The often remarked upon multitude of colors in his music is the result of Russell’s informed passion for seemingly disparate styles and his own bold alchemy at work. Add then a masterful guitarist – one whom Blues Revue aligned the “fearlessness” of guitar legend, Jeff Beck – and you’ve got in front of you a captivating tunesmith by the name of Woody Russell. Whether intimately acoustic or through looped manipulation of the latest music making technology, Russell’s music bears an organic patina of being lived in and restless, revealing “the sound of a musician who’s invested a lifetime in sharpening his playing.”

From his early career in Seattle during the height of the Grunge explosion to now calling Austin his home, he is a self-described “working class musician”, performing 200+ dates a year at all manner of venues and major stages; from house concerts to the prestigious Newport Folk Festival. He’s been a prominently featured artist on the CW Network’s docu-reality show, “Troubadour, TX”, a Texas Commission on the Arts Touring Roster Artist and a 2019 Austin Music Awards Poll Top Ten Songwriter.

“He immediately drew attention with his intricate finger work. The packed crowd was roaring… eclectic and unique and worth more than the price of admission.” – Chart Magazine

2016 Release, Carry It Up, with successful Pledge Music campaign

2011-12 Television: Prominently featured artist on the debut season (Sept ’11 – Sept ’12) of “Troubadour, TX”, a nationally syndicated docu-reality show that aired weekly on the CW Network in over 20 million homes

2010 Release, Up Against It, received substantial critical praise in national and international blues press (see press buzz below)

2005 Release, Salt, nominated for an IMA “Album Of The Year”

Woody Russell works with Austin based organization, Swan Songs, to perform end of life concert requests. “These concerts are intimately powerful experiences as a performer; emotionally charged and deeply meaningful for the families, recipients and myself as an artist AND a human being. I have a great organization to thank for this connection, Swan Songs.”