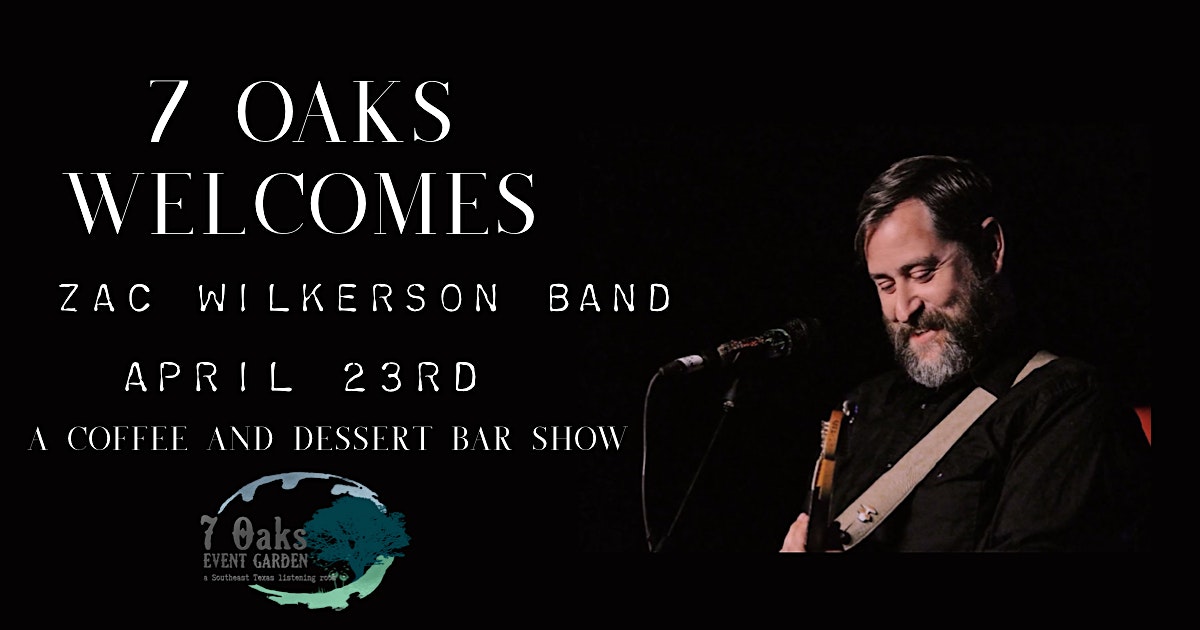 Zac Wilkerson is a SOUL ROCKER from the COUNTRY.

Powerful, soulful vocals and a driving guitar style combine with poignant songwriting to deliver a new take on Americana, Soul, Country, and Rock.

Wilkerson stumbled into a career in music after being tricked into entering, and eventually winning, The Blue Light Live Singer Songwriter contest in 2011. The prize was a Solo Acoustic set at the 2012 Larry Joe Taylor’s Texas Music Festival in Stephenville, TX. He has since etched out a strong following across the Texas the music scene and beyond, with his work appearing in Nationally Syndicated and Regional Radio, and Local and Prime-Time Network TV.

Wilkerson cut his musical teeth in a country church where he started singing at 4. At a young age, he discovered his parents’ country, soul, Motown, rock, and folk records, creating a musical foundation with as much variety as passion. By 12 he played several instruments, including piano and guitar, which led to songwriting that same year. The musical voice that has evolved since is a fresh take on Rock, Soul, Country and Americana evoking Aretha Franklin, Bill Withers, Bonnie Raitt, and Levon Helm.